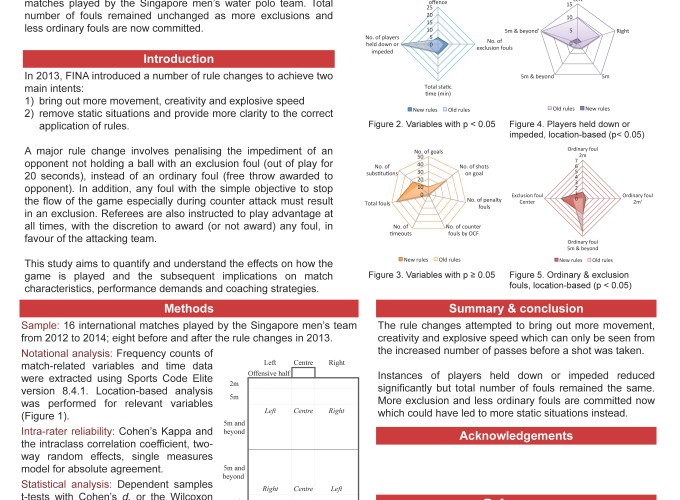 The Fédération Internationale de Natation implemented rule changes in 2013 to promote more dynamic movement, creativity, explosive speeds and reduce static situations in water polo. This study aimed to determine if the intents of the rule changes were met. The characteristics of 16 international matches played by the same team under both the old (n = 8) and new (n = 8) rules were compared. Under the new rules, there was a decrease in the average total number of shots from the offensive 2-m area (72%), impediments (70%) in most field of play except the center, and ordinary fouls in the offensive 5 m and beyond area (57%), thereby suggesting more dynamic play. Conversely, there was an increase in average total static time (25%) arising from an increase in the average total number of exclusion fouls (110%) albeit an increase in the number of passes prior to the offence (86%). The intents of the rule changes were partially achieved.